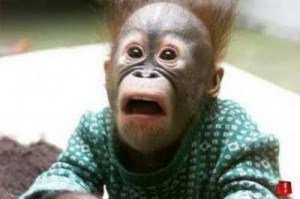 Well, here is the update that I promised you. I’ve spent the last few days with some of the top minds in Networking industry. One of the most exciting technologies being presented was OpenFlow which allows for a concept referred to as Software Defined Networking (SND). No matter who you are, or who you work for, this should be something interesting for you. OpenFlow could have real benefits from the Enterprise all the way up to large Service Providers networks, just imagine being able to move flows of traffic around on your network without disturbing other traffic headed to the same destination? Seriously, we will finally be able to control networks the same way people (users) think we’re able to now. But I’m seriously getting ahead of myself…

This post is already going to be long enough without me providing every last detail on what’s going on with OpenFlow development, so I’ve kept my comments to a bare minimum. Below I’ve included the days events in chronological order, (at least to the best of my memory) although Ivan has suggested watching them in a specific order. I’ve included PDFs of their slide decks where I can, but not everyone provided them. The day started off with an opening presentation from Stephen Foskett and Greg Ferro.

First up was Kyle Forster of Big Switch (presentation) who talked about the company and its vision for OpenFlow networking.

Next up was Curt Beckmann of Brocade (presentation).

David Meyer of Cisco (presentation) had a great presentation on the limitations of complexity vs. robustness.

Don Clark of NEC presented his companies ProgrammableFlow product line, which is the only shipping implementations of OpenFlow. This doesn’t even compare to their full presentation which we got the next day.

David Ward of Juniper (presentation) gave us some real world examples of problems they hope to solve.

Next Google and Yahoo! went on to talk about how they’re using OpenFlow. It seems they both have been interested in using OpenFlow to solve some inherent issues in IaaS cloud service. First, we have Ed Crabbe of Google (presentation) followed immediately by Igor Gashinksy of Yahoo! (presentation)

After the Morning talks we had a few minutes for quesitons, and after lunch Ivan Pepelnjak led the Technical Q&A.

Very cool stuff indeed. Soon I’ll be posting about later talks with NEC and Juniper, both of which continue to expand on the need for developing OpenFlow. If you haven’t had enough as of yet, you can also read Derick Winkworth or Ethan Banks posts on the Packet Pushers blog. Packet Pushers has also put out a Podcast that was recorded just moments after the Symposium which you can find here. You can also read more on the OpenFlow website, the Open Networking Foundation site, or check out NOX, the free OpenFlow controller.