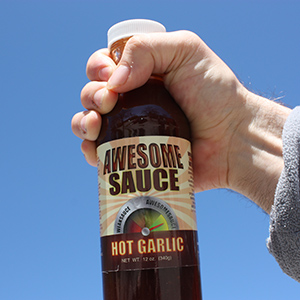 First of all, I want to say thank you to everyone from Cisco Systems for inviting us into the CCIC (Cisco Cloud Innovation Center), this was an amazing room to hold our discussions. We started off with a greeting from Omar Sultan who then brought our old friend Ron Fuller. Ron gave us a quick overview of Cisco’s Nexus lineup, and some of their current sales figures. Did you know they currently have 18,000 Nexus 7000s in the wild, and over 3,000,000 10GB ports? That alone is pretty amazing to me. During this time he gave us a run down of the F2, and Fab2 series cards for the Nexus 7000, which can provide 550Gbps per slot, 17.6Tbps per chassis, essentially doubling the bandwidth available in the series. He also made mention of the new M1L series cards which have increased memory, and the Nexus 2248tpe whose large buffers (32Mb) are optimized for large data and video. He also made mention of a Nexus feature called PONG, which does L2 traceroute. I’m curious how this differs from the MAC traceroute in the 6500 series. There was also mention of the new Nexus B22 for the HP C-class enclosure. Ron has also let slip that the Nexus line is actually powered by Awesomesauce, a grave error IMHO, as any company could now reverse engineer this sauce and begin to make their own…

Next Cisco brought up two representatives from some of Cisco’s recent acquisitions. Both of them, unsurprisingly, related to IaaS/Cloud based services, Linesider and NewScale. First up, was defining the problem that their solution solves. This was the first of many times we would go through this CIO pitch of “The Problem”. In many fewer words, this problem has been defined as the desire to provide automated provisioning of cloud services. After this was clear, we got back to the good stuff. They showed us a demo of the Cisco IT Elastic Infrastructure Services (CITEIS) software, which was rather impressive.

Last but not least, Cisco’s Prashant Ghandi from the Nexus 1000V virtual switching team spoke to us regarding the 1000v and it’s future. Prashant went on to cover some topics on how data center design is changing due to the large movement into virtual infrastructures. He spoke briefly on many topics including the Virtual ASA, vWAAS, VSG, VPath, and of course VXLAN. Lots of great information, I only wish we had more time to spend with them as we ran over and were not able to ask many questions.

Cisco puts on a great show, from the room to the stellar presentations, and of course their products. It’s honestly no wonder why they’re leaders in the industry as they are innovating their way through problems. Where they can’t innovate, they buy. Although this strategy hasn’t always worked out for them, it does keep them in the top seat. And you can’t deny their core competency products are tough to beat.

Cisco Systems was a sponsoring vendor for Network Field Day 2 and as such they my travel expenses were indirectly paid in part by them. However, I was not paid to write about them, nor was I asked to give them special consideration. Any opinion expressed by me is mine and mine alone.