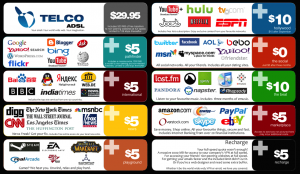 Today is a good day. By a 3-2 vote, the FCC has voted to adopt net neutrality rules to protect the open Internet. This plan will reclassify internet access as a Title II public utility, which in turn gives the agency more regulatory power. While many will say that any power grab by the government is a bad thing, this is certainly good news for consumers. The Internet as a whole has become far too important to be controlled by a few private corporations which are more interested in lining their own pockets rather than listening to public interest. FCC Chairman Tom Wheeler was quoted saying, “This is no more a plan to regulate the Internet than the First Amendment is a plan to regulate free speech.” I couldn’t of said it any better myself.

This plan will put a stop to paid prioritization (see Comcast / Verizon forcing Netflix to pay for bandwidth usage, which is the complete opposite of most peering agreements. ) — It also prevents ISPs from creating Internet slow lanes for traffic as they see fit. Until now, Verizon wireless has been allowed to charge it’s customers monthly fees for access to “business email” when using services such as Good for Enterprise, or Blackberry.

While this is fantastic news, no one expects the drama to end here. Verizon has made vague threats about suing the FCC, and I can imagine other providers will also push this into an appeals court. Hopefully, nothing will prevent the FCC from classifying Internet service as a Title II utility, which was the missing piece from the FCC’s first effort to draft open Internet rules, which were eventually struck down in court thanks to Verizon.

The full FCC order will be available on the commission’s website within the next few weeks, and the order will take effect 60 days after being published.